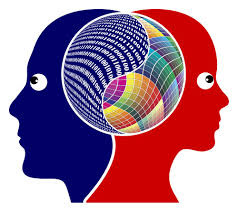 Can We Learn to be More Creative?

Creativity is typically considered an attribute of the right brain hemisphere.  Since the research cited strongly suggests an association between the activities of the experimental group and right hemisphere activation, this begs the question, “Can we learn to be more creative?”

Creativity as measured by the Torrance Tests of Creative Thinking[1] increased until 1990 in the United States. Thereafter scores have been declining. Kyung Hee Kim at the College of William & Mary discovered this in May, after analyzing almost 300,000 Torrance scores of children and adults. Kim found creativity scores had been steadily rising, just like IQ scores, until 1990. Since then, creativity scores have consistently inched downward. “It’s very clear, and the decrease is very significant,” Kim says. It is the scores of younger children in America—from kindergarten through sixth grade—for whom the decline is “most serious.”

Renowned psychiatrist and writer Iain McGilchrist[2] suggests that civilization, up to around the 16th century, maintained a reasonable balance between the left/right worlds. However, that balance has since slowly shifted towards the left hemisphere, leaving us with a modern-day sterile world devoid of interconnectedness, empathy, and a sense of “life”.

Could it be that this increasing emphasis on left-brain thinking has caused a decrease in our ability to be creative?

Henk J. Haarman’s research at the University of Maryland Center for Advanced Study of Language investigates the link between divergent thinking and the brain’s alpha waves. He has found that students who showed higher alpha activity in between solution attempts were more successful at problem solving.

“This wave type has been used as a universal sign of relaxation during meditation and other types of rest,”
comments Professor Øyvind Ellingsen[3], who studies the effect of alpha waves at the Norwegian University of Science and Technology.  “The amount of alpha waves increases when the brain relaxes from intentional, goal-oriented tasks. This is a sign of deep relaxation, — but it does not mean that the mind is void. This default activity of the brain is often underestimated. It probably represents a kind of mental processing that connects various experiences and emotional residues, puts them into perspective.”

Mihaly Cziksentmihalyi has researched and documented what he terms “flow state”, a creative mindset that can be achieved under a convergence of circumstances.

Cziksentmihalyi[4] describes the theory as involving nine major components. To experience flow is to experience a sense of euphoria.  They are:

The Adagio can “prep” the creative user for the MC Flow State. In order to better illustrate the connection between the Adagio and the MC Flow State, we have added a 3rd dimension to the MC Flow State Diagram. This dimension represents the individuals receptivity to right brain dominance. The Adagio activates the right brain hemisphere, thus preparing the participant for MC Flow. The Adagio viewer cannot achieve MC Flow directly, since he/she does not have an elevated challenge level, and skill level is irrelevant. However they can become better prepared to achieve it.

In a recent large review, Rex Jung[5] and colleagues provide a “first approximation” regarding how creative cognition might map on to the human brain. Their review suggests that when you want to loosen your associations, allow your mind to roam free, imagine new possibilities, and silence the inner critic, it’s good to reduce activation of the Executive Attention Network (a bit, but not completely) and increase activation of the Imagination and Salience Networks. Indeed, recent research on jazz musicians and rappers engaging in creative improvisation suggests that’s precisely what is happening in the brain while in a flow state.

Unfortunately the study Hemispheric and Autonomic Laterality: Effects of Unilateral Repetitive Activation didn’t measure brain wave activity (EEG) during the experiment. However, we suspect that the RHA group, if measured, would have exhibited an increase in alpha wave (characteristic of wakeful rest) activity. We do know, at the very least, that the RHA group exhibited a statistically validated “relaxation response” which seems to be an important part of the overall creative process.

[2] McGilchrist, I. (2009) “The Master and His Emissary: The Divided Brain and the Making of the Western World.” Yale University Press

[5] Jung, R. (2013) “The structure of creative cognition in the human brain”,  Frontiers in Human Neuroscience