The Adagio Flow Machine Used in a Biofeedback Experiment 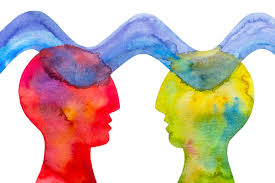 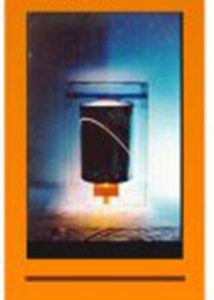 The Adagio Flow Machine was tested in the Nova University Biofeedback Laboratory to determine if, as suspected, exposure to the slow flowing line across one’s field of vision produced a calming effect.  It was determined that it did, and the results are shared below.

The biofeedback study Hemispheric and Autonomic Laterality: Effects of Unilateral Repetitive Activation[1]1 was conducted at the Nova University Biofeedback Laboratories.

The results of the study, with a statistical p<.001, strongly suggest that activating the right brain hemisphere with a repetitive visual stimulus along with light classical music can significantly impact the recovery from stress.

The study involved 47 volunteer subjects, split between the experimental group watching a visual device, called the “Kinoscope”, (a.k.a. the Adagio[2]) and a control group.

The experimental group is referred to as the Right Hemisphere Activation (RHA) group. This group, in addition to watching the Kinescope, also listened to meditative music. The control group, also referred to as the Left Hemisphere Activation (LHA) group, listened to spoken text while also seeing the text projected onto a screen. Several biofeedback measures were recorded one each subject during the sessions:

Each subject came to the laboratory three times a week for two weeks for a total of six sessions. SCL and HR were monitored for the entire 45 minutes of each session with time samples recorded every minute for each variable. The first 15 minutes of each session was a stabilization period. During sessions two, four, and six, three disruptions were randomly presented to elicit a startle response, allowing at least five minutes for recovery from each of nine disruptions. Visual startle consisted of turning on an overhead light; auditory startle was elicited by hitting a metal file cabinet with a hammer; and touch startle consisted of two taps on the right forearm by the experimenter. Time for recovery to baseline was noted in seconds.

Results: The RHA Group Recovered from Stress Much More Effectively than the LHA Group

The resulting data was analyzed using various statistical techniques, and proved conclusive: the subjects watching the Kinescope (the right hemisphere activation group) recovered from startle significantly faster than those in the control group. In other words, after exposure to the Kinescope, the subjects in the RHA group were able to “relax” significantly more quickly than the LHA group.

The practical applications of this finding alone are fairly intuitive as many current diseases are considered to be stress related. The following list of stress related illnesses is taken from an article by R. Morgan Griffin as a WebMD Feature, and was reviewed by Joseph Goldberg, MD[1]: